Sins of the Islamic Republic of Iran

Sins of the Islamic Republic of Iran 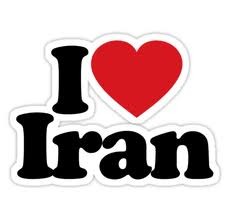 My friend Amil Imani, an ex-Muslim who grew up in Persia (Iran) and who detests what the Islamists have done to his beloved land–as do many other Iranians, who have stated they would convert away from Islam in a heartbeat if they were allowed to do so freely–has written some amazing op-ed pieces of late. Amil is a courageous man who was born into a “non-practicing” Muslim family (<=NOT A ZIONIST) and who understands the profundity of the very ancient pre-Islamic, Persian religion of Zoroastrianism, founded upon some fascinating concepts. He knows very well the terrible cost of Islamic fanaticism in Iran.

(Anyone making disparaging comments about Amil for his righteous criticism of Islamic brutality in his native land simply has no conscience, and all such disrespectful and ignorant remarks will be removed.)

Recently, I met Mrs. M at a gathering of Iranian ex-pats in a park. I would also like you to meet this elderly widow who is suffering from a variety of brain, neurological, and vision disorders. She is a lone woman without a country, moving from one shelter to the next on her way to the final resting place to which we all are destined.

One dreadful day, Mrs. M and her husband were arrested by the IRI agents in the city of Qazvin for being active members of the Baha’i Faith. The litany of charges included being members of the ferghe zalleh (misguided sect), mohareb (fighters against God), propagandists for their sect, and agents of the Great Satan and Israel. The couple’s three young children were spared imprisonment and ended up as wards of other Baha’i families in the town….

In the case of Mr. and Mrs. M, all attempts by the Islamic authorities to reason with the couple to deny their religion and convert to Islam failed. The pair insisted that their faith was the most precious treasure to them and no inducement or threat could rob them of it….

But Mrs. M was, from time to time, denied her prison ration of food. She endured long periods of thirst in the deadly heat of the summer. She was even periodically denied access to the washroom for days. All along, she was severely beaten by female jailers. The jailers’ favorite way of beating Mrs. M was hitting her with frying pans on the head, although they also used soda bottles, clubs, and even their bare fists. The beatings were so severe that, on several occasions, blood popped out of her eyes. Head bumps and injury became routine, as she languished to be hanged.

The women jailers were intent on matching and even surpassing the brutality of their male counterparts. These fanatic Islamists are brainwashed into believing that tormenting the non-believers will earn them great merit points from Allah. They truly believe that the greater suffering they inflict, the greater is their reward.

Months later, she was informed that the sentence would be implemented at dawn the next day. This presented the last chance for the jailers to beat her as severely as they could before she died. They were intent at making the most savab (performing religiously meritorious acts) they could while they had the chance….

For the rest, see Compassion: The Islamic Republic Style