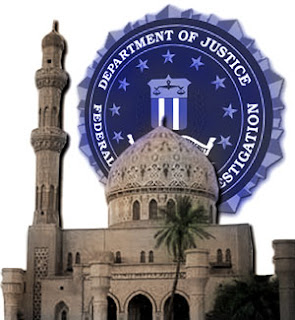 Shades of Eurabia!  Will we be seeing the U.S. turned into France, with some 750 Muslim enclaves where the police dare not go?

The probability is not as likely here, since our country has already been dealing with GANGS for a long time, and here is just another one with a different face.  But, make no mistake about it, this fanaticism is one of the worst this nation and the rest of the world has ever encountered.

The beginning of Islamic no-go zones in America

After this week’s shootout between FBI agents and a Detroit imam, police had to enter the mosque with guns drawn to look for one of the imam’s disciples who was captured on video assaulting a Detroit News photographer. Because Islam is a Religion of Peace after all.