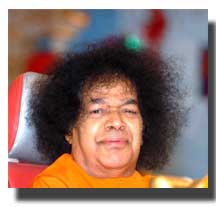 In the early 1990s, my attention was drawn to the popular Indian guru and godman Satya Sai Baba. For a period, I spent much time watching every video and reading every book I could find about the man. My study occurred before the internet was popular, and there was not much debunking material around. But, there was enough, and I soon discovered the Indian Rationalists’ video “Guru Busters” showing Baba doing typical magician’s tricks. I also discovered much worse, especially after I finally went online.

I had read many books by devotees and others who were impressed by the seemingly endless stream of divine miracles by Sai Baba, including his purported manifestations of artifacts such as watches, statues, lingams, ash and so on.  The enthusiasm and conviction with which these alleged miracles were recounted were infectious, and I would have loved to believe they were true.  How exciting that would have been!  Here on Earth in our day and age supposedly had appeared a man who was clearly God because he could manifest an amazing array of miracles! What fun! I really wanted to go visit him at his ashram in Brindavan because it looked like such a great time. Who doesn’t want God to be real and walking among us, to love us and shower us with blessings?

But, of course, I was skeptical, so I kept digging, and I eventually found enough paydirt to confirm my doubts. Baba didn’t make it hard, because he has left a trail of trauma and terror so long and wide that many can see it, including the creators of the BBC documentary provided here. This trauma includes the grotesque sexual abuse of hundreds if not thousands of men and boys. Baba’s behavior was so egregious that UNESCO severed ties with his organization years ago, and the U.S. Embassy in Delhi warns travelers about the potential for sexual abuse by Baba.

One of the clues as to Baba’s conjurer nature was immediately obvious: He was raised in a traveling circus where he learned magic from his uncle! How that fact could be overlooked by so many of millions shows the deluding effect of blind belief in supernatural events and beings. In this tragic tale, this blind belief led to so much pain and grief that one is motivated to expose it thoroughly. In addition to the scams and sexual abuse come also allegations of murder to cover up these crimes, including killings in Sai Baba’s own bedroom, while he cowered in the bathroom unable to stop them, even though he is supposedly omnipotent. The murdered boys possibly had been sexually abused by Baba.

Sai Baba is getting old, and he will not be able to pull off the greatest purported miracle of God, which is immortality. Hence, he will be gone soon, but his destructive legacy will linger on, as more godmen of his ilk continue to pop up in places where gullibility reigns, along with its abuse. Naturally, Baba’s other legacy of building schools, hospitals and other important infrastructure – using million$ from rich followers – will leave many in India with a happy feeling about him. But, of course, one needs to ask, if Baba is God, why does he need the million$ of others to build hospitals and water-distribution systems? Why not materialize gold bars to pay for it all? Or, even better, why not just snap your all-powerful fingers and make the diseases and water shortages disappear?

Moreover, the complicity of Indian politicians in this patent hoax to defraud people is reprehensible. But, hey, Baba brings in million$ in tourist money every year, not to mention all the rich followers tossing money at him for these projects. It is no wonder, then, that ex-Baba followers have been threatened and intimidated into silence. (It’s also been noticed that Baba manifested gold watches and jewelry for his rich followers, while only providing perfumed ash for his poor followers.)

The story of Sai Baba is but one piece of evidence demonstrating how blind belief and faith are not just matters of “personal choice” that should be left alone in all instances: Blind belief and faith can be very destructive and damaging to individuals and humanity as a whole. The various priesthoods worldwide hammering blind belief and fear into people are guilty of exploitation of innocence and gullibility – a major cause of immense suffering globally.