The hidden history of religion

The hidden history of religion

I’m delighted to announce that the book Man Made God by the fabulous Barbara G. Walker has been chosen as a textbook in a comparative religion course at an American college! As you may know, I edited and published MMG at Stellar House, and I could not be more pleased that this fantastic and important information is being taught in college. It would be great to see more Stellar House titles included as textbooks as well.

If you would like to know more about this awesome book, be sure also to listen to the repeat performance of Barbara Walker on Miguel Conner’s radio program, linked below. I promise you won’t be disappointed listening to this cherished elder speak!

Don’t forget that Man Made God can be downloaded instantly around the world via Amazon’s Kindle, an electronic file you can access using your Kindle reader, iPhone, iPod, iPad, Blackberry, Android or even your PC or Mac! Enjoy!

Man Made God: A Collection of Essays

Man Made God comprises a series of fascinating articles from the author of the classic best-seller The Woman’s Encyclopedia of Myths and Secrets. Extraordinary independent scholar of comparative religion and mythology Barbara G. Walker takes us through a riveting journey back in time to when the Goddess and her consort/son ruled supreme, into the era when the patriarchy usurped Her worship, right up to Barbara’s own personal experience being raised a Christian.

Find out about the hidden history of religion, dating back thousands of years. What have we lost with the rise of the patriarchal, male-dominant religions, including and especially Judaism, Christianity and Islam? What was the status of women in cultures before these intolerant monotheistic and often misogynistic Abrahamic religions were spread globally, largely through force and violence?

Man Made God includes numerous citations from the works of credentialed authorities, demonstrating that humanity’s current religions are not what they appear to be and that many valuable religious, spiritual and mythological ideas have been hidden and lost over the centuries.

There is much more in MMG – this book is not just for women! Men will want to know what they’re missing as well, all laid out neatly in this well-written and researched tome. Be sure to search inside the book! Read more… 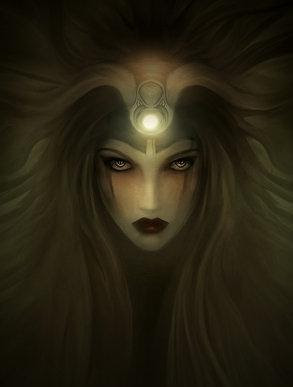 The Rise and Fall of the Goddess

On Saturday and Sunday, August 20th and 21st, Miguel Conner aka “Abraxas” is rerunning his radio interview from last year with Barbara Walker. Here’s his writeup:

For thousands of years, the Patriarchal Gods and their minions have ruled most civilizations, either with an iron first or a subconscious lullaby. It has given the world ages of constant warfare, suppression of minorities and iron-fist dogmas. Yet the Information Age has not only given rise to humanism, it has also renewed the reverence for the seemingly-lost Divine Female Principle through the blossoming interest in Neo-Paganism, Kabbalah, Marian Catholicism, Gnosticism and other esoteric traditions. We explore how the once-balanced Divine lost half of its aspect and how it can fully regain it despite a time when the old Patriarchal systems fight even harder to keep their solar dominance. We take look at the perils and opportunities of the return of the Goddess, as well as expose the deep scars the unchecked males deities have left on the human psyche (and whether they can be healed). All this through the lenses of one of the groundbreaking scholars of our modern age in the fields of mythology, comparative religion and feminist studies, who will also relate her journey from fundamentalism to humanism. Read more…

Teaser for ‘The Fall & Rise of The Goddess

To listen to the radio program, you will want to go to the main page of Miguel’s website, where he includes the following description:

Barbara’s personal journey from a theist to a humanist.

Why it’s not possible to be a woman with full humanity as long as any Biblical worldview is held on to.

How the patriarchal gods overcame the matriarchal societies and the era of the goddess, culminating with their extreme extinction during the rise of Christianity.

Understanding the primeval roles and identities of various ancient goddesses, including the real origins of Eve and Lilith.

Insightful secrets behind such universal myths as the Creation Narrative, the time of giants, the Underworld, the Witch & the Cauldron, and many more.

An overview of various atrocities committed against women and other minorities in the name of religion (and the warped theologies behind them).

Is the return of the goddess really happening and will it make a difference in the end?

And much more!!! Read more and listen…